SAPA was formed in 1995 at a launching conference in the Western Cape. It is based on the principles of non-alignment to any political party or organization, or to any other educator body or union. This paves the way for individuals to be members of the major teacher unions in South Africa and also be members of SAPA. While SAPA is the national umbrella body, the association effectively functions at a provincial level. Each province elects its own executive committee to organize activities within the province, such as conferences, local seminars, newsletters, negotiations with provincial education departments in the interests of members etc.
Members carry out all the work of the association on a voluntary basis and no official is remunerated for his/her work. The main source of funding is the annual membership fee, currently R600, payable to the provincial treasurer. A percentage of this subscription (currently R200) is disbursed to the treasurer of SAPA for utilization by the national executive. 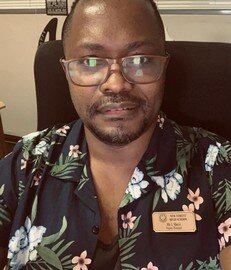 Message from the Principal

Taking on the challenge to steer SAPA KZN for the next few years is both an honour and a privilege. I was appointed the Deputy Principal of New Forest High School in 2007. My passion is seeing schools grow from strength to strength and to see schools have a positive impact in the lives of the learners, staff and the greater community.
As SAPA KZN President I will endeavour to maintain the professional integrity of our association, see it grow and ensure our members benefit from associating with SAPA. Our Provincial Committee is made up of Heads of school who give up their time to make our association function. I am deeply appreciative of such commitment
As school leaders, we must not neglect our professional needs and personal wellbeing. We plan to add a wellness programme to our SAPA KZN programme. This will not only help us to network, but it will also play a vital role in revitalising school heads. I am a believer in school functionality depends on the relationship between the principals and deputies. I therefore will be working hard in promoting deputy principal membership.
Our mission, vision and values are very well stated. We aim to fulfil these in everything that we do. We will establish partnerships with organisations and associations that will enhance what we do and help us fulfil our mission. We remain a non-union aligned association for principals and deputy principals.
“Alone we are smart. Together we are brilliant.” Steven Anderson
I look forward to interacting with you at various levels as we grow and learn together.
Let us remain BRAVE, STRONG and TRUE!
Linda Shezi
SAPA KZN President

At SAPA we bring you the best international speakers!

Meet new and interesting people at our SAPA Conferences

Experience our amazing conferences in the upcoming months

SAPA-KZN, which began as KWAZUNAPA, was also formed in 1995 and functioning with a fluctuating membership of between 150 and 200. After a brief period of inactivity, SAPA-KZN was revived at the provincial conference held at Durban Girls’ High School in May 2002. We are indeed grateful to the past and present principals of Glenwood High School, Mr. Mike Maher, and Mr. Trevor Kershaw respectively, for holding the administrative (membership details) and financial reins together over the years.
Currently, our membership at provincial level stands at 160 which constitute 18%. Our aim is to more than double that figure in KZN, and hence our numbers nationally will also be strengthened. A criticism made by Thami Mseleku (DDG: former Department of National Education) was that SAPA is ‘still perceived as a predominately white and conservative association of principals’. Although he conceded that the reputation of an organization lags three years behind the facts, it is important that our membership reflects the demographics of our province. It must also be mentioned that SAPA is not a threat to any of the established teacher unions and associations, but in fact, will complement them. As mentioned earlier, there is room for principals to be members of other teacher unions of their choice as well as SAPA. We have come a long way since 1994, and the membership of SAPA-KZN should transcend all the previous barriers that have kept us well apart!
It is, therefore, imperative for all members of SAPA-KZN to recruit at least one new member so that we can grow in strength and have a credible voice in the different education forums.

This issue has been discussed at length at recent executive meetings. At present we have concentrated on provincial and national conferences, but we acknowledge that there is much to be done in the way of workshops, seminars and forums for principals to get together – to obtain information, share ideas, and generally, to a network. We would welcome ideas from you, our members, on how we can become more effective in this sphere.
SAPA-KZN holds an annual conference which usually takes place in Durban. Durban Girls’ High School, Danville Park Girls’ High and Chelsea Preparatory School have been the venues in the past and now we host conferences at the conference centres and venues.
A unique feature of SAPA KZN is its Coffee Cake and Conversations (CCC) which are aimed at bringing discussions around topics of interest affecting school management and leadership. These more intimate interactions take place across various districts in KZN.
SAPA nationally also holds a conference which moves from province to province. In 2005 we did not hold a national conference as SAPA was honoured to be able to co-host the world Convention of Principals in Cape Town. This conference saw our organization joining hands with the South African Heads of Independent Schools Association (SAHISA) and hosting some 1600 school principals from all parts of the world. This event was undoubtedly a triumph for South African Education and saw all facets of South African Education working together to make this event a memorable one.
We must however not forget that we are also part of the International Confederation of Principals (ICP). Biennial international conferences are organized by ICP and have been held in Sydney, Australia (1995), Boston, USA (1997), Helsinki, Finland (1999), Seoul, Korea (2001) and Edinburgh, Scotland (2003). The 7th World Conference of the international Confederation of Principals was held at the Cape Town International Convention Centre in 2005. The Convention was hosted jointly by SAPA and the South African Heads of Independent Schools Association (SAHISA)

See the Benefits that SAPA can add to your legacy!

A Few Benefits that SAPA can offer you!

The SAPA national executive committee meets ONCE a term. The meetings are usually in Gauteng (either Johannesburg or Pretoria), and these include meeting with the national department of education. The President and members of the executive committee have held regular meetings with the Department of Education, in particular with Mr James Ndlebe (Director: Education Management and Governance Development) where various issues affecting school management have been discussed.

Our professional body which aims at enhancing your skills and professional development so that you will feel more confident about the task of leading your school.

Our service providers offer us special rates on their products and services. These discounts are available to SAPA Members only. Our combined goal is to rapidly develop education, and discounted rates offered to our members make it easier to do so.

By becomming a SAPA Member, you are ensuring your school enters the 4th industrial revolution. You will be reciving the latest developments in the educational sector.

The opportunity to attend the annual national conference which ensures that you will be at the forefront of educational developments by means of stimulating and relevant keynote speakers and challenging and practical workshop sessions. A different SAPA provincial executive hosts the annual conference each year.

As a member, you receive the opportunity to attend local and provincial workshops, seminars and conferences organized by your executive and which are in tune with local needs. Your participation at the local and provincial level will determine the effectiveness of SAPA-MP.